Can we envision other means of escape from the crises we face? Can we transform the monsters that have emerged back into decent citizens? Can the blood being shed and its cycles of vengeance be turned into rivers of spring water that the region needs so badly? I was a witness and participant in one of the hopeful movements in the summer of when I visited a friend of mine, a leading feminist and activist in Tunisia, Amel Ben Aba.

They managed to break down the doors and smash windows and even injure the director of the theater, but did not succeed in intimidating the audience that blocked them by creating a human wall. I admired the attitude of the spectators who tried to calm the Islamists and get them to view the film and discuss it, in vain. My friend Amel was remarkable, trying to talk to those fanatics who refused to listen or shake hands with her since women are considered impure! The filmmaker, a lesbian and avowed agnostic, dealt in her bold documentary with issues of freedom of expression.

It took the police one hour after the start of the attack to dislodge them and allow the film to start. I learned that a year later, this theater was forced to close its doors; it is a shame because it was one of the few places in Tunisia where we could see cutting edge shows and films. We did not know that summer that these events were significant in light of the rapid spread of Islamic movements; we naively thought they were just small clouds passing over an otherwise sunny springtime.

Nawal el Saadawi, aged 80, participated in the sit-in of Tahrir Square in Egypt, a place of peaceful resistance, where the movement was born. Her books were banned and censored, and in the seventies, El Saadawi, a doctor, was driven out of her work in Egypt with the Ministry of Health. She found refuge in Lebanon, where her books were reprinted and became bestsellers.

And yet, there she was during those uprisings, full of hope, risking her life once more there were attempts on her life right in the middle of Tahrir Square to bring about necessary changes to our wounded world. Thanks to a Fulbright fellowship, I spent a year in Tunisia and was able to attend the awareness meetings they organized at the Tahar Haddad Club. It was part of the awakening of an entire movement of women living their daily lives. Among the extraordinary women I met there were: Rachida Ennaifer, President of the Association of Journalists of the Arab World — an incredible job for a woman, positioned as head of a group composed primarily of men; and Sihem Bensedrine, recognized for her courageous positions against a corrupt, failing and tyrannical state which had forced her into prison, house arrest and finally exile, from which she returned the summer I visited, in order to participate in what she believed to be a profound renewal of her country; Amel Ben Aba, pioneer feminist, teacher, philosopher and journalist, imprisoned under Bourguiba for having disclosed the mining conditions in the South, and many other wonderful women described in my book.

His reforms had eliminated polygamy. Even women from Malaysia are flooding in to offer themselves to the combatants and it is becoming a real problem for the Malaysian government, according to my brother who lives there part of the time. Sexual violence against women has been on the rise since the uprising in Egypt where hundreds of women protesters were attacked with impunity during the fall of Hosni Mubarak, then under the military junta and again during protests against President Morsi.

The same pattern was seen and reported: tens of men surrounding the victims, tearing off their clothes, groping their bodies, some raped by multiple perpetrators, often armed with sticks, blades and other weapons. One could compare the movement to Jacobin Terror, the early Soviet period and the systemic slaughter practiced by the Khmer Rouge. Violent apocalyptic cults such as this one can be found in many times and places, like late medieval and early modern Europe.

Millenarian movements, some of them violent, flourished in medieval times, when they aimed at cleansing the church and society from corruption. They imposed mass baptism, expelled or executed those who would not convert and led women into polygamy. They are the fear of Jihadists who believe that if killed by a woman in battle, they will not go to Paradise.

Other women from the Kurdish region Erbil and the Sinjar mountains where thousands of Yazidis were trapped and left starving and dying of thirst have joined them to fight the insurgents under US air cover. Kurdistan [7] is one of the rare Muslim countries where women are allowed to serve in the military and in combat roles. What an irony if they were to meet their defeat at the hands of the women they are trying to subjugate and abuse. The young men who take sadistic pleasure in bombing, dismembering, beheading, burying alive, selling, abusing and raping women, may justify their violence with religious rhetoric but religious fervor is not what motivates them.

The young men are usually bored, underemployed or unemployed looking for glory and thrill, and above all for a new identity. We could also look at it as a perverse release of deep sexual frustration combined with a tribal urge for male bonding in war-like situations. But what of the women who go there to give themselves sexually to the combatants? They are told they will serve the Islamic revolution, help establish a militant Islamic utopia, bear children for it and go straight to Heaven thanks to their devotion, especially if they blow themselves up in suicide attacks.

In Iraq was rocked by a series of suicide bombings carried out by women. One of the women bombers was a Western recruit — year-old Belgian Muriel Degauque, from the rust-belt city of Charleroi near the French border. On November 9, , she blew herself up attacking an Iraqi police post in the town of Baqubah. Other motivations have come from witnessing the killing of Palestinians at the hands of a cruel Israeli regime that has been merciless and expansionist against all international laws.

Seeing the destruction of homes, olive and orange trees uprooted, children buried under rubble, all without any significant protest from the Western community, has fanaticized many of the young people and led them to join the regime of terror we are now witnessing. Movements calling for greater democracy and human rights have spread to other countries including Bahrain, Syria and Yemen, where a remarkable woman, Tawakkul Karma, raised her voice in protest against the injustices and lack of human rights in her country.

She distinguished herself in a battle so amazing especially in her demands for radical transformation of Islamist movements , that she won the Nobel Prize for Peace in She has produced a plan to save Lebanon, from ecological solutions to restructuring Lebanese politics; it can be found in her remarkable book, Le sang de la paix. If her ideas are applied and if given the chance, Tracy Chamoun could transform Lebanon and the region. 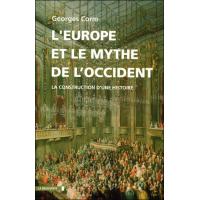 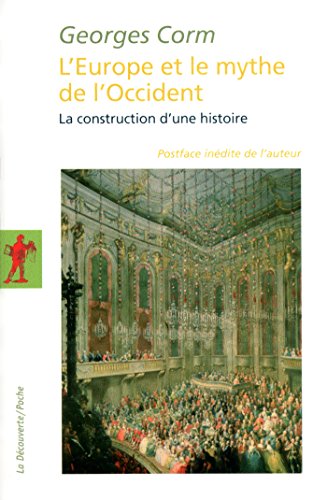